Michael Lee received his BS degree in Cell Biology from the University of Washington in 2002, where he studied the function and regulation of non-receptor tyrosine kinases in the immune system, first in the laboratory of Steven D. Levin, and subsequently with Michael J. Bevan. Working in Henrik G. Dohlman’s lab, Mike went on to receive his PhD in Pharmacology from the University of North Carolina at Chapel Hill in 2008 for work studying the subcellular localization and mechanisms of activation of heterotrimeric G proteins. For postdoctoral training, Mike moved to the Koch Institute for Integrative Cancer Research at MIT, where he worked with Michael B. Yaffe, studying crosstalk between growth factor and DNA damage signaling networks. Mike joined the Program in Systems Biology in late 2013. His lab studies complex behaviors of signaling networks that control cell death, how network state and network architecture are perturbed in various forms of cancer, and how these perturbations contribute to treatment responses. They aim to identify guiding principles for designing rational combination drug therapies for breast and other types of cancer. 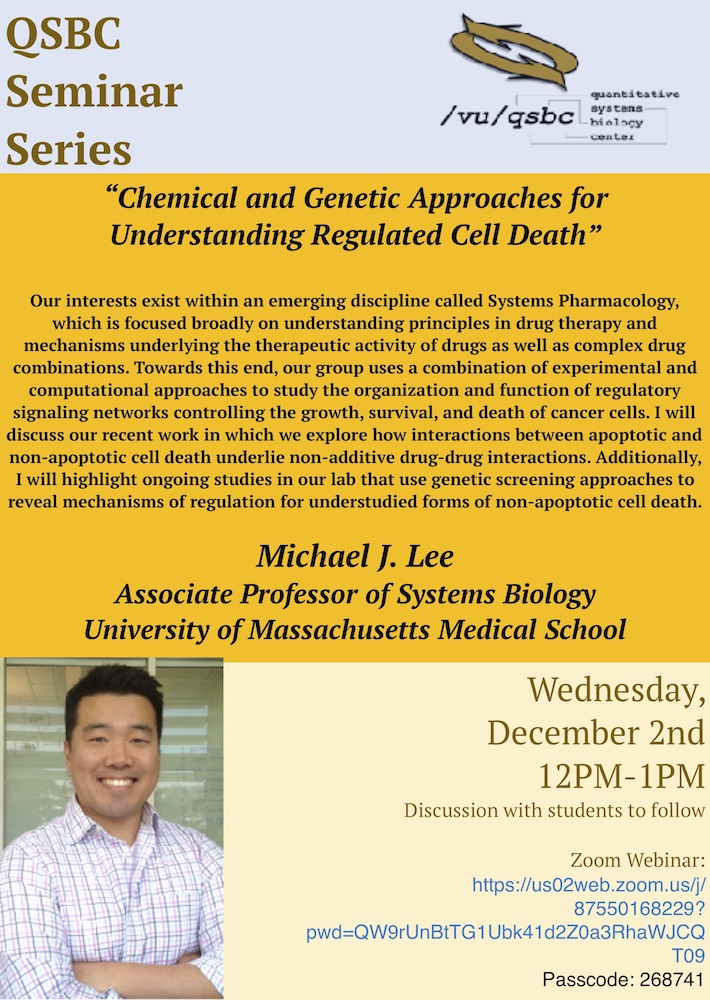 No Attachment Found
Previous
Next