Be the first to ask your question! You’ll be able to add details in the next step.

Scott was born in Ottawa, Canada. He completed a Ph.D. in medical genetics with Peter Roy studying worm neuromuscular development (University of Toronto, 2007). As a postdoc, he investigated yeast genetic interaction networks with Charlie Boone (University of Toronto, 2007-2008), and then cell death with Brent Stockwell (Columbia University, 2008-2013).  Scott opened his lab at Stanford in 2014, and is a tenured Associate Professor in the Department of Biology. He is affiliated with the ChEM-H initiative, the Chemical/Biology Interface predoctoral training program, and the Cancer Biology Graduate Program. He currently teaches the undergraduate Biochemistry & Molecular Biology foundation course (BIO83) and the introductory undergraduate Chemical Biology course (BIO173). In the lab, Scott enjoys helping out a bit with every project. Outside the lab, Scott consults for biotech and pharmaceutical companies interested in cell death. 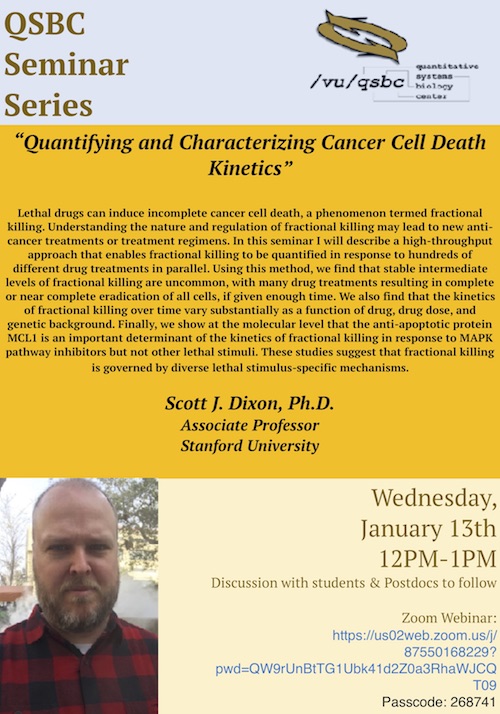