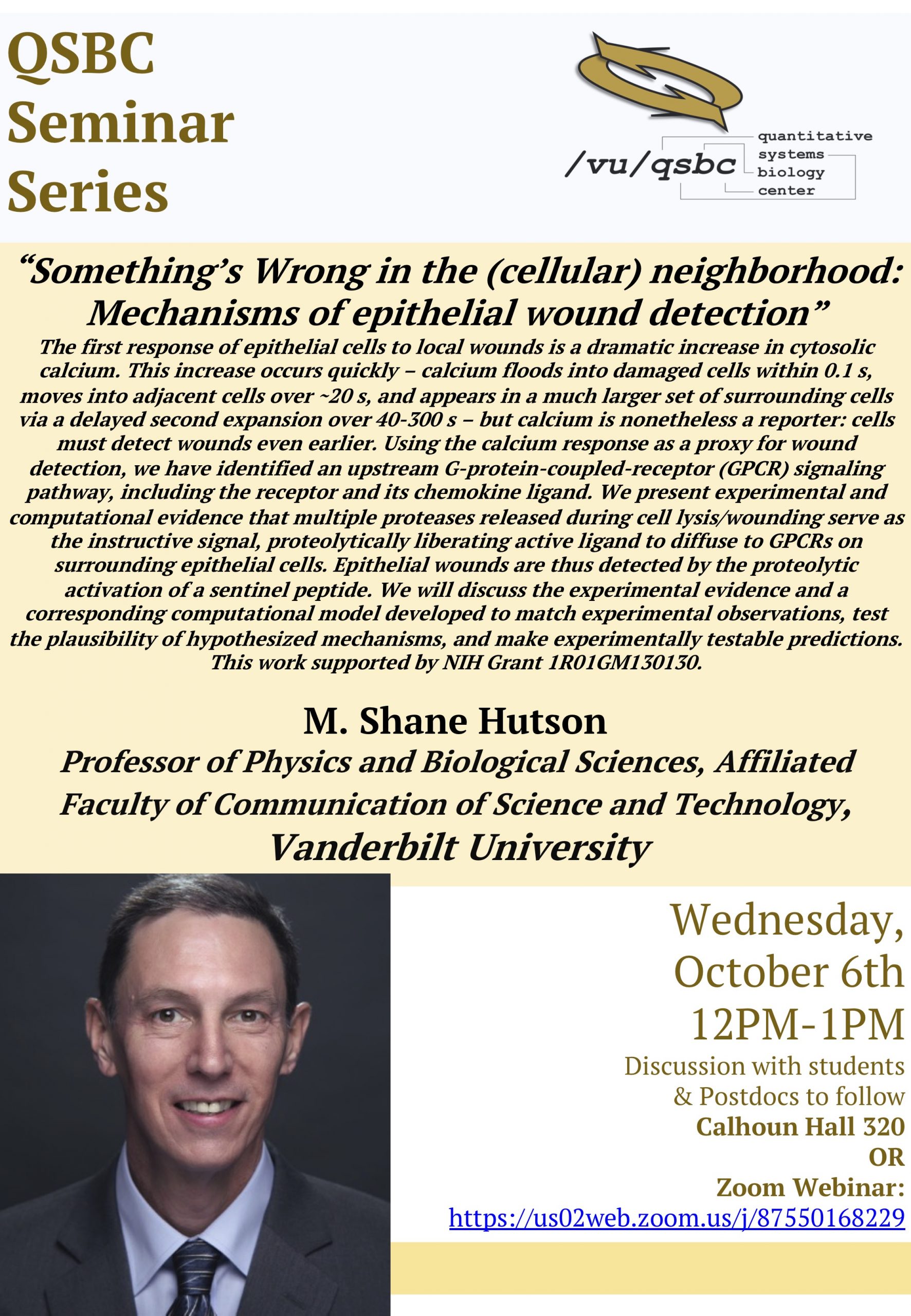 The first response of epithelial cells to local wounds is a dramatic increase in cytosolic calcium. This increase occurs quickly – calcium floods into damaged cells within 0.1 s, moves into adjacent cells over ~20 s, and appears in a much larger set of surrounding cells via a delayed second expansion over 40-300 s – but calcium is nonetheless a reporter: cells must detect wounds even earlier. Using the calcium response as a proxy for wound detection, we have identified an upstream G-protein-coupled-receptor (GPCR) signaling pathway, including the receptor and its chemokine ligand. We present experimental and computational evidence that multiple proteases released during cell lysis/wounding serve as the instructive signal, proteolytically liberating active ligand to diffuse to GPCRs on surrounding epithelial cells. Epithelial wounds are thus detected by the proteolytic activation of a sentinel peptide. We will discuss the experimental evidence and a corresponding computational model developed to match experimental observations, test the plausibility of hypothesized mechanisms, and make experimentally testable predictions. This work supported by NIH Grant 1R01GM130130.