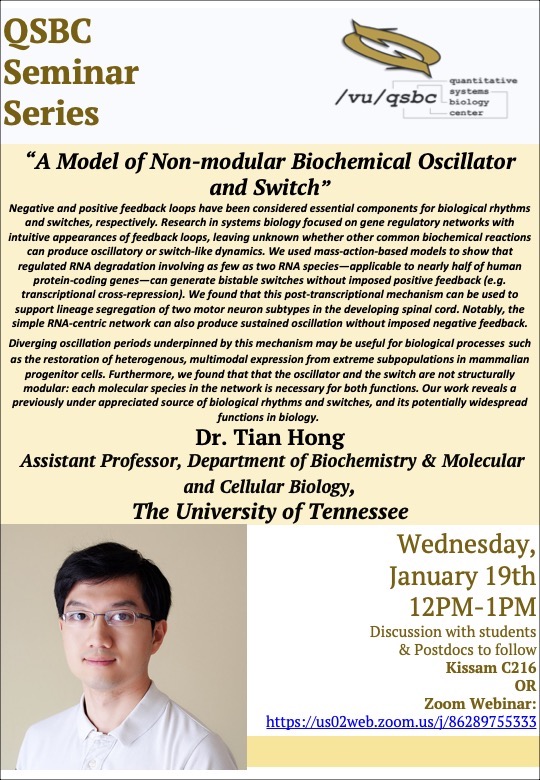 A Model of Non-modular Biochemical Oscillator and Switch

We used mass-action-based models to show that regulated RNA degradation involving as few as two RNA species-applicable to nearly half of human protein-coding genes-can generate bistable switches without imposed positive feedback (e.g. transcriptional cross-repression. We found that this post-transcriptional mechanism can be used to support lineage segregation of two motor neuron subtypes in the developing spinal cord.

Notably, the simple RNA-centric network can also produce sustained oscillation without imposed negative feedback. Diverging oscillation periods underpinned by this mechanism may be useful for biological processes such as the restoration of heterogenous, multimodal expression from extreme subpopulations in mammalian progenitor cells. Furthermore, we found that that the oscillator and the switch are not structurally modular: each molecular species in the network is necessary for both functions. Our work reveals previously under appreciated source of biological rhythms and switches, and its potentially widespread functions in biology.

No Attachment Found
Previous
Next
0% Complete